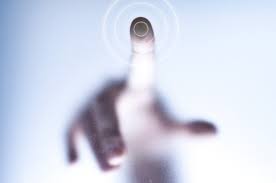 This morning we will meet an unusual man who will teach us a simple but profound truth about God. The man is unnamed, but we will get to know him a little by the few clues we see in the story. The profound truth is this: sometimes God intentionally slows His interventions in our lives for mysterious reasons.

This man was touched twice by Jesus before his healing was complete. Why not a complete healing on the first encounter? I don’t know, but it’s worth contemplating because often I feel like God hasn’t fully answered my prayer. It’s like God sometimes strings me along and then when I am about to give up He touches me again—the second touch and the miracle is complete for me.

We like to see things done instantly.   It’s the American nature. Get it done now. **I went to Food Lion the other day and bought a few things, and as I was getting ready to step away with my groceries, the cashier stopped me. “Hey. You forgot your tickets,” she said. She handed me 26 instant scratch tickets. I started to tell her I was a Baptist, and we didn’t scratch—but I didn’t have time. A Methodist man behind me was buying beer and getting anxious. So I went home and sat down and read the instruction on how to scratch and I did. I scratched the first ticket and got nothing. That just got me fired up, and so I dug in a scratched the second one. Nothing. I scratched a third—nothing. But when I scratched the 21st ticket I won $10!

Now I learned a lot of lessons about Food Lion tickets and scratching. But the main thing was that sometimes a delay could be beneficial. It doesn’t have to mean anything bad. I didn’t get my $10 bucks on the first scratch. And God doesn’t always complete His work on the first touch.

Our friend in the Bible story today is going to find his perfected miracle not in the first touch but the second touch of Jesus. It is that delayed response that we will reflect on this morning.

Our nameless man is largely an enigma. I don’t know how long he sat on the streets of Bethsaida. I don’t know his background, but tradition suggests that he was not born blind. He had seen the world about him when he was little. He remembered the shape of a tree. But some tragedy had struck him in life, and he had spent many years in blindness.

I can only imagine that his life was difficult and filled with regret and perhaps bitterness. His life lacked the vitality of those around him. Any dreams of social success he once had were gone. He could no longer join the men on the fishing boats.

Bethsaida was the hometown of Peter, the great fisherman. Ancient historians tell of the bounty of the sea that lapped up on the shores of Bethsaida. But he could not fish. He could not navigate the tempestuous waters of the Sea of Galilee. He could not do the meticulous work of mending nets. He was blind, and society could only push him to the edge of the village and pity him.

But then news came of Jesus and His gift of healing. Latent aspirations suddenly flickered again.  Maybe Jesus could help him.  Maybe my life could flourish, he thought  Maybe this could be a new beginning for me. His friends thought the same thing, and so they went and lifted the blind man on a litter and brought him to Jesus.

When they laid him at the feet of the Savior their first requests were direct. Jesus—please touch him.   The Greek text suggests there was great intensity here and that they kept on begging and pleading for Jesus to touch him.

Now wait a minute. Listen carefully to the voices calling out for Jesus’ intervention. Listen. Out of all the chaos of the crowds and this man’s friends whose voice do you not hear? (This takes a greater listening skill—to sense silent aspirations, silent fears).  Our protagonist is lost oin a maze of uncertainty and introspection.  He fights an inner conflcit anly the trained helaer can find this faint pulse.  (Listen–) I don’t hear him. He’s silent. Why? Why is the man whose life is dead, whose dreams are buried alive, whose future is dark and smothered—why is this voice silent? Maybe overwhelmed. Maybe too afraid to dream. So many disappointments before.

**I watched two NFL rookies, trying out for the team, giving it their all—I watched them after the hard grueling summer camp get called into the coaches office. The coach was direct, brutally honest. Jim, Bob, I’m cutting both of you. Sorry. Turn your books in today. Good luck. The disappointment was etched in screaming silence upon their faces. They didn’t make it! They didn’t make it! What would tell their family and friends? They left with their heads down.

Maybe our blind friend was afraid of another disappointment. But the intervention of his friends worked. The begged and pleaded and shouted for him. Jesus heard and responded AND TURNED TOWARD HIM.

What an exhilarating moment it is for any of us when we are in prayer and we sense the full attention of the Almighty turn toward us. Now the throne looms before us and now anything is possible. It is the power of prayer. You and God– face to face.

*Moses was not allowed this privilege. He could only see the back of the Lord as he passed by. But today we are invited to come boldly into the throne room of God Himself. READ TEXT (Heb 4:16).   And we see the eyes meet—the eyes of the Almighty and the disillusioned eyes of the beggar.

Jesus leads him out of the village and then touches him the first time. He does this by spitting on his eyes and laying His hands upon him. Then Jesus asks him the obvious. Does he see anything? And finally, we hear the man’s voice. He FINALLY SPEAKS! What does he say? He says “I see a little. It’s all a bit blurry. Looks like trees walking about.”

Oh now, wait a minute. Surely that’s a disappointment. Blurry?! That can’t be. Jesus just touched him. His vision can’t be blurry. Now here is the mystery of the story. Why didn’t the miracle work the first time? Why is everything blurry? Was this a mistake on Jesus’ part?

Put yourself in his shoes. You’ve been blind most of your life. The world no longer sees you. Your dreams are gone. You have no future but the begging cup. And then Jesus comes and touches you and you, can see a little better, but everything is blurry. It’s not right. Better but a disappointment.

**You know the story that comes to my mind when I think of intentional divine delays? Lazarus. Lazarus got sick slowly. There was plenty of time for Jesus to come. Sicker and sicker. Plenty of time. But then he died. And now Jesus comes. And Mary is angry.   Mary was so disappointed in Jesus. She let him know too. “Oh Jesus,” she said with tears of betrayal in her swollen eyes. “if you had just come earlier.”

Intentional delays can be good for us:

The first touch is not easily forgotten. When Jesus makes that initial entry into your problems you know things will never be the same. The first touch gives you the confidence to persevere. It builds confidence in the Divine.  It binds you ever closer to the throne of God.

This man didn’t turn and leave after the first touch. He didn’t demand to be carried home when he felt a flawed miracle descend upon him. No. He stepped a bit closer to Jesus and began a conversation. That’s a good thing. That’s what you can do after your first prayer seems to have faltered somehow.

And in the case of our blind man Jesus sensed his rising faith and continued the miracle in His own time. He once again put his hands upon the man’s eyes, and suddenly the veil dropped, the glaze that had encrusted his vision for a year was suddenly clear. The miracle was complete. The second touch did its work.

Your second touch is coming. It might be delayed. You might not understand why. But God knows. He has a reason. He touched you once and gave you hope. And will complete you prayer request soon. Don’t give up hope.

**Story in the Saturday paper. A couple went canoeing. They took their little dog. It jumped out of the car as they were leaving. It didn’t come back. They called and called. They filed a report. They left so sadly. But four years later a stranger saw a little dog on the edge of the forest. They set a trap, caught him and something seemed familiar to the warden. After looking through the filing cabinet, the missing dog report was pulled out. Four years earlier. A great reunion.

Never give up on you miracle. The second touch is on the way.