From the Schoolhouse
David R. Denny

She was spunky for a little 8th-grade girl.
She stood at my desk gripping the stolen artificial flower, shaking it before me in a blatant attempt at bribery.
I saw a glimmer of a smile, but she didn’t waiver in intensity.
“This flower is yours if you fix my grade.”  The words growled softly like a Cheshire cat warning a Pitt bull.

“Where did you get that Camellia?” I asked.

“Where did you get that Camellia?” I asked.
She didn’t like the question.  She pressed on. “It’s yours if you can fix that C+.”  She leaned forward a little extending the hostage in the space between her and me.
“Where did you get it?”  I could see this diversionary tactic was getting to her.
“I picked it out of the flowers in front of the school,” she said without guilt.  After a pause, she began marching again.  “It’s yours if you just…”         She didn’t bother finishing.  She knew I understood.
I took the flower and jammed it into a red plastic cup on my desk.
She smiled as if the victory was hers.  I let her have her moment.
Then I pointed to an empty REESE’S Peanut Butter Cup wrapper.
Photo at: http://www.thatwayhat.com/

We passed out report cards Sunday as we visited the ancient congregation of Thyatira (Rev. 2:18-29).    This congregation was admired by the Lord who gave them high marks. They had no faults except for a minority that followed Jezebel.  She was an errant member who favored compromise with the unions and sacrificing meat to idols.  But other than that, they were in great shape.  There’s not much left of this old city today except a few shattered pillars and stones enclosed in a city park in the center of the modern town in western Turkey.  The gift God bestowed upon them for their excellent grades was the morning star.  So if you remember from last week, we’ve now got the white stone in our left pocket and the morning star in the right!

I want to thank Tommy Hines for his humorous rendition of the miracle of the loaves and fishes.  We were both chuckling as he told me of his “miracle” recently.  He had been designated as the BBQ man for an oyster and BBQ festival.    He found out when he got there that there were more folks in line than he figured on.  He just kept on dishing out the goods expecting to hear the hiss of disappointment from the unfortunate stragglers in the back of the line.  “But it seemed like the BBQ just kept multiplying,” he said.  “And I could barely believe that I actually had a little left over when the last person passed by.  It was a miracle,” he said smiling.

And who are we to think otherwise.  I’ll take a miracle anytime it comes.    “Good job, Tommy.  By the way,  could you pass the BBQ?”
Artwork by: http://sanjacintobaptist.com/ 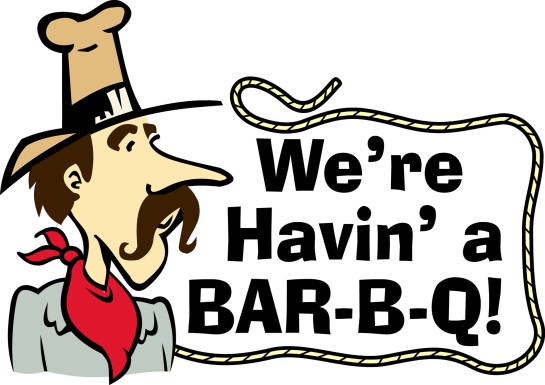