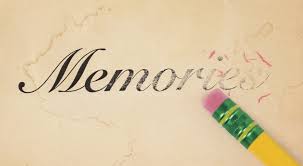 Each day the ceiling drops a little, and the walls constrict incrementally.

Each day the search for meaning becomes more frantic and chaotic.

Each day, when the kids have left, and the classroom spindrift calms, I remember.

And the memories are sweet with a bitter aftertaste.  For I know, now they will never come again, and all that is left for a harried teacher is the stale crust of data, hard to chew, harder to digest.

Sometimes I let the lights flicker off, the room only lit by a distant incandescent glow from a cheap Wallmart lamp in the corner, and in that soft halo I see their faces from my early days of teaching:  Mary, James, the twins, Marco.   Their laughter, like warm hands clasped on a saunter around a summer lake, leads me into the world they claim.  The world they need.  And I go willingly for it is a place that summons me as well.  And when I arrive I am able to dream again and smell the honeysuckle that dribbles down a sultry tree trunk.

I search daily for a key.  I cannot find it.  I see the closed door, but I cannot locate the key.  And so I resign myself to huddle in the room where the ceiling drops a little, and the walls constrict incrementally.

And I am happy because I have the memories.

And I am happy because I feel their hands in mine and see the lake trail where joyous moments await.

And I am defeated because all that is left is data.

We gathered at the river last Sunday.  The Jordan begins as a humble stream in the far North beneath the shoulders of the Anti-Lebanon Mountains.  From there it trickles down to the Dead Sea, gaining momentum and power, the descent dramatic until it hits its nadir at 400 feet below sea level–the level of the great Dead Sea.

It was here on the banks of the little river that we witnessed history fold in upon itself–Before the river–After the river.  Jesus announced Himself to the world formally here at this time.  After cajoling John to baptize Him (John didn’t want to do it feeling inadequate for such a task), John surrendered, and when the sacrament was complete, the world trembled and was never the same.  As we proceed through the Lenten season, let’s remember this moment in time when Jesus publically announced His presence and purpose.

As the worship hour faded quietly into a Sunday afternoon, I noticed there were quite a few folks gathered around the piano in the front of the sanctuary.  Dale Parks was playing the piano as the choir sang “What Can I Give to Jesus?”  It was a pleasant reverie following the morning service, and I stopped gathering my possessions, preparing for my long drive home.  The arrangement called for the choir to sing the song ‘softly, as a prayer’.  I stood in a sweet trance, not disturbing the seance, letting the melody and the mood carry me.  When the choir paused for further instruction from the maestro, they saw me.

“It sounds so beautiful,” I said complimenting them.  That was all it took.  Within seconds I was snared and compelled to join.  A book surfaced from the creases of the pews, and before I could surreptitiously retreat, I was sitting in the front row singing, “Oh,–what can I give to Jesus, Who gave Himself for me? …”

I didn’t mind.  In fact, it was the perfect ending to the gathering at the river. 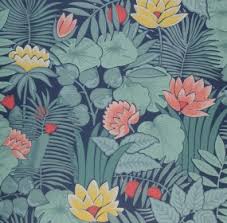