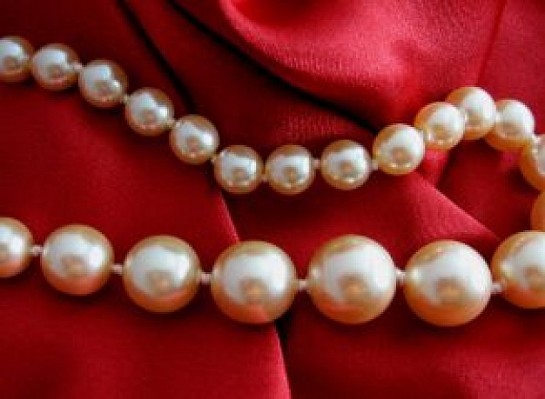 It started with one pearl.
I call it a pearl; it was really just a little note of appreciation from one of my students.  She had torn a small sheet of paper from my notepad and scrawled out a simple message that said I was her favorite teacher and that she loved me. (Kids get a bit sentimental when the year crawls to the finish line).

I put the pearl on my bulletin board, stared at it for a second or two, smiled and then went on back to work.  But the next time I came to the board, there was another pearl, discreetly tacked beside the first.  This one, written by another student, claimed I was “the best teacher in the school.”  I stood somewhat in awe, like a soldier before a revered monument of the past.  I felt a tinge of nostalgia.  It had been a pleasant year with its natural ups and downs.  But it was ending forever for me.  There would be no more morning announcements to ignore, no more joy over the 20-minute lunch we teachers carve out in the middle of a harried day.  No more progress reports, calls to parents, referrals, sleeping students, lesson plans.  No more.  It was all ending and what was left?  Just this budding string of pearls on the wall.

A Persian legend says that pearls were created when a rainbow touched the earth after a storm.  Here in my humble little school room, the rainbow was touching the earth and the pearls were gathering.

I remember flipping off the lights at the end day after staring at the few pearls and then walking out of the building with a tinge of sadness.  The next day, though, the rainbow kept sparking more pearls.  More kids wrote their thoughts and tacked them to the board.

I have stripped my walls to the cinder blocks now.  SOL testing requires such drastic action.  I tore all the Amendments down.  I retired the Preamble poster.  I shooed the donkey and the elephant away.

But I left the pearls.  Even state regulations have their limits.

We celebrated mothers last Sunday.  The text was Proverbs 31.  I have heard feminists hate this text since it seems to lock all women into a home-maker box.  But in reality, this was nothing more than an ancient Jewish poem.  Each verse, beginning with verse 10, opens with a letter of the Hebrew alphabet.  The poem sings of virtue, strength, determination–traits that can apply to all people.  However, the context applies them to an upper-class Jewish woman who strives to achieve greatness in her little world among her children and with a supportive husband.

In the year 1498, a young 24-year old Michelangelo began work on a commission by the French Cardinal Jean de Bilhères,.  He carved from a block of marble the mother Mary holding the slain body of her son.  When I first saw this at St. Peter’s Basilica years ago, I was stunned at how lifelike it was.

I imagined our text as a block of marble and as I chipped away at it I gradually saw the strong woman-mother appear with virtues of love, patience, independence and determination gradually appear.  These are the very traits I see in mothers today.