Glance through the Christmas stories in the New Testament and you will notice if you’re a careful reader, that there are secrets buried in the various texts.  This three-part series reveals these secrets.

2.  Our second secret comes via Mathew’s tale in Matthew 1:19.  Here we discover a few fascinating “Secrets in a Small Town.“  Once again Gabriel makes a spectacular entrance into the Christmas story with a midnight visit to Mary in the small, quaint town of Nazareth.  “You to

o will have a child” he whispers to the young woman in the still of the night.  She keeps the secret well with quiet rejoicings.  But Joseph takes it hard sensing a sudden, inexplicable betrayal on the part of his betrothed.  *See some small-town secrets in the classic tale “To Kill a Mockingbird” by Harper Lee who tells of the haunted house and Boo Radley).

3.  Our third and final secret, “The Secret Summons,” sparkles in a starry sky in Jerusalem.  Herod, the aged and diseased king stares restlessly at a star twinkling above his exquisite palace in the northwest corner of the ancient city of Jerusalem. 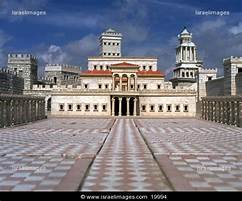 He fears the implications of the star and sends the Magi off secretly to find the child. Herod’s body is riddled with pain and disease as Josephus tells us in his work The Wars of the Jews (Book 1, chapter 33).   Though Herod means to destroy the Child, God has other plans.