Introduction:
*Can anybody whistle?  (Ask to hear).
*I was a little bored the other day and so I did what we all do when we’re listless and in need of inspiration—I watched Snow White and the Seven Dwarfs. In the scene I watched, Snow White was faced with a chore that many men have faced:—a dirty kitchen that your wife told you to clean up.  In this scene, Snow White showed us how to do it. “Just whistle while you work,” she told the squirrels and chipmunks and birds who helped her. 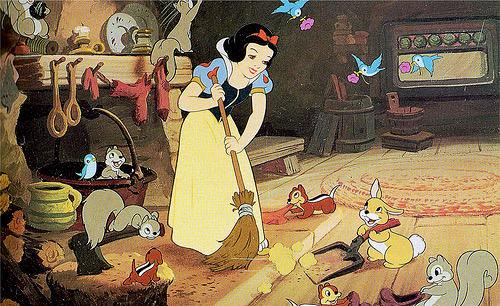 Colossians 3:16 is our text today and it stands high and lifted up beside John3:16 as one of the most powerful texts in the Bible.  If I was to translate it from the Greek it would go something like this:  JUST WHISTLE WHILE YOU WORK.

1. Sing thankfulness (or whistle) when times are good.

This is what David did in Psalms 9, the text I used here at DBC on Thanksgiving morning.  David gave thanks when times were good.  His battles behind him, peace had settled in on the people of Israel and in this tranquility, David sang his thankfulness.  READ TEXT…I will sing praise to Your name, O Most High.

*This is what the pilgrims did on the first Thanksgiving in Massachusetts.  Just ten months after their arrival in the new world, they had already built seven houses, a common meeting place, and three storehouses. And so they joined with their Wampanoag Indian friends and gave thanks.

But it is often the case that when times are good and we are blessed and contented that we often forget to sing our thankfulness to the Lord.  We become complacent and take our blessings for granted.

*Such was the case in Malachi’s day.  He tells us in this sad treatise on the frailties of the human heart.  Everything was good in Malachi’s day.  The people had come home from captivity Babylon.  They had rebuilt the city walls under Nehemiah’s leadership, and the temple was also repaired and ready for use.  Everyone had it pretty good.  But they forgot God in their abundance.  They no longer sang thankfulness. They gave God only the leftovers.  The priests brought God the weak and maimed animals for sacrifice and the people only put pennies in the offering plate.

*One of the books I taught my 8thgraders was written by Elie Wiesel entitled, Night. He starts the book with a strange character named Moishe the Beadle.  Moishe was a loner, almost clownlike.  Nobody took him seriously.  He was a quiet somber person who spent most of his time in prayer and reading of the Scripture.  He lived in Transylvania a region of Romania.

He warned everyone to flee because the Nazis were coming but no one believed him.  He was just a clown. But one day they did come and the foreign Jews in the town were herded into cattle cars and taken off to their deaths.  Everyone on the cars had been ordered to walk into a near forest many miles from their town.  They were all shot with machine guns.  Moshe played dead lying under dead bodies.  When the Nazis left, he went back to town and warned the rest to flee.  But nobody believed him.  They were so complacent.  They were like the people in Malachi’s day—sated and full and giving God only an occasional wink.  But then not long after they all of the Jews of Transylvania were ordered into cars and taken off to their deaths.

All of this brings us back to our main point.  Sing thankfulness when times are good. They won’t always be good so develop the habit of giving thanks now while your life is blessed with abundance.  Don’t be complacent.  Don’t give the God the leftovers. Give Him exuberant thankfulness each day.

2. Sing thankfulness (or whistle) when times are bad.

It was Henry Wadsworth Longfellow who reminded us all that hard times are likely to fall upon everyone sooner or later.

Be still, sad heart! and cease repining;
Behind the clouds is the sun still shining;
Thy fate is the common fate of all,
Into each life, some rain must fall,
Some days must be dark and dreary.

It is simply a fact of life that hard times will befall all of us sooner or later.  Is it possible to give thanks in the dark days?  It defies all logic.  I know it is a task that must seem impossible.

*Peter understands that difficult may befall any of us at any time.  He reminds us in 1 Peter 5 that Satan is a roaring lion who seeks to devour us.    But he also tells us that suffering has its limits and “after a little while the God of all grace…will perfect, confirm, strengthen and establish you,” 1 Peter 5:9-10).

As Thanksgiving gives way to the Christmas season, let’s all sing our way forward with songs of thanksgiving for all that God has done for us. Let’s give thanks for the smallest of blessings that come our way.  Let’s give thanks in good times and in bad trusting that our lives in God’s hands.