Introduction:  George C. Parker was a con man plain and simple.  Of course, he had many other con names he used such as James J. O’Brien, Warden Kennedy, Mr. Roberts, and Mr. Taylor.[4]  But he was George C. Parker.  He was born in NYC to Irish parents.  He had four brothers and three sisters and was a high school graduate.  (I wonder how many teachers he drove crazy).  George C. Parker believed in getting rich quick.  No long days toiling in a factory for him.

One day he had a brilliant idea:  I will sell the Brooklyn Bridge.  He tried to play devil’s advocate: ‘You can’t do that.  You don’t own it!’.  But none of that slowed him down.  So he put it up for sale.  His suckers were often immigrants who had a little money and knew nothing of the rule of law or the American system.  He was very convincing.  He made up fake documents that looked real.  He didn’t just sell the bridge once.  He sold over and over.  The police came once and arrested the victims who thought the bridge was theirs and were setting up toll booths.

Background:  Paul made it clear to young Timothy.  ‘Just forget George C. Parker.  Forget the Brooklyn Bridge.  Give up this love of money and riches.  Just learn to live simply with what you have’.

But make no mistake.  Paul wants you to be rich—filthy rich.  And he has a formula that you can follow.  It’s just like baking a cake—do this and this and this.  Paul has a formula for a life rich in contentment and happiness.  I am going to share that formula with you this morning.

*Lao Tzu, a Chinese philosopher of the 6th century BC said this:  “He who is contented is rich.  Be content with what you have; rejoice in the way things are.  When you realize there is nothing lacking, the whole world belongs to you.”

*Lucius Cincinnatus was a hero of ancient Rome.  He was a simple farmer who loved nothing better than the simple life beneath the sun out in his fields, breathing the country air.  But one day when Rome was about to attacked and the citizens didn’t know what to do. They ran out to his farm and begged for his help. They made him dictator for 6 months –all-powerful.  He put his plow down. Raced into the city and ordered every able-bodied man to come with weapons to the forum.

Within 15 days he put down the insurrection, defeated the enemy and then—well what did he do next?  He was all-powerful.  He could do anything he wanted.  He was dictator for 6 months.  What did he do?  He tossed all of that to the ground and went home to his farm and his plow and his chickens and fresh air.  He didn’t want anything more.  He was contented with the simple life.   *(George Washington called Cincinnatus when the Revolutionary war was over).

Can we do both at the same?  Can we flee but pursue?  Yes.  We flee from something but run toward something.  If you want to be truly rich as God defines wealth, then you have to spend your life pursuing the six pillars of happiness:  righteousness, godliness, faith, love, perseverance, and gentleness.

This is a diet rich in all the essential nutrients for robust health and riches.  There are at least six sermons in this one verse.  Pursuing these pillars is like losing weight.  You don’t have to lose it all in one day and you can pursue these six goals over your lifetime.

Pick one a day.  On Monday focus on gentleness—Tuesday select godliness—Wednesday think often about love– and pursue faith on Thursday.  Slip into righteousness on Friday and for the weekend pursue perseverance.

Paul’s message here is simple:  Life without pursuit is empty and meaningless.  You must pursue—Just don’t pursue money and Brooklyn Bridge deals and get rich quick schemes.  Pursue the pillars of happiness.

*When I was in second grade just before my family moved to Japan, I lived in Sumpter SC.  Each day I loved to go out on the playground at recess.  There were woods off in the distance and I loved to run through the woods.  But there was a bully out there always waiting for me.  I got to where I hated going on the play-ground.  I didn’t know how to fight so I was afraid.  But one day Big Becky came to my defense.  She was a huge 5th grader with biceps.  She was tough.  And when she heard my story she set out after the bully and sent him flying.

In Eph 6:11 Paul said, Put on the full armor of God so that you will be able to stand firm against the schemes of the devil…

In other words, there is a time to fight.

So we started off this morning with George C. Parker selling the Brooklyn Bridge because he wasn’t content with his life.  He wanted to get rich quick.  It resulted in him spending his life in Sing Sing Prison in NY.

Let’s do better than that.  Let’s find the true riches that God offers.  Let’s flee the love of money and learn to live with contentment.  Let’s Pursue the pillars of happiness and let’s fight the true fight of faith resisting the devil’s snares that will only bring us down.

Introduction:  Our Psalm today was often sung at Jewish festivals and special occasions.  It’s a happy Psalm meant to encourage us on our journey through life.  It reminds us of God’s unique interest in each of us and His interventions in our lives.

It’s a Rags to Riches Psalm. It’s a little like Charles Dicken’s Great Expectations where Pip, an orphan in southeast England comes into money as a teenager and lives the high life.  We hear this theme in verses 7-8:  “He raises the poor from the dust and lifts the needy from the ash heap…”.

This is a Psalm to tuck away in your pocket or purse as you prepare for the day ahead.  And whenever you feel lost in this world,  or unappreciated or in some kind of despair, just pull this Psalm out our of your pocket and breath in deeply its fragrance for it will surely lift your soul and give you hope.

*I read a BBC story this week about life in Kenya’s poorest villages.  There, snake bites are so prevalent that they occur every five minutes, and many times are fatal.  The nearest hospital is often too far away and the roads are too rutted and rough for ambulances.   So one nurse came up with a splendid idea:  She bought a motorcycle and equipped it with emergency medical aid. Then when she hears of a snakebite attack, she jumps on the motorcycle and races to the victim, puts him on the back of the cycle and carries them to the hospital in time for the antivenom treatment to work.  It’s called The Snakebite Squad. It’s an example of effective intervention in life’s daily traumas.

Our Psalm is like this.  God beholds us in our daily lives and rushes to our aid at just the right moment bringing aid and sustenance to help us live.

Example #1– Our Psalmist demonstrates this principle twice in this short Psalm.  First in verses 7-8. He lifts the poor up from the dust…That is such an incredible act of divine mercy!  He beholds your every moment and He can’t wait to lift you up.  It’s rags to riches.  From dust to a throne.  That is what God does for you and me.

*Andrew Carnegie:  Let me give you an example of this divine principle.  In 1835 a little baby boy was born in Dunfermline, Scotland. His mother and father were destitute laborers and this little boy didn’t get much time in school.  Desperate, the family decided to emigrate to America in 1848 when the boy was 13.  The parents put him out to work in a textile mill where he made $1.20 a week. 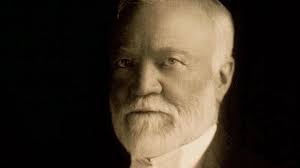 But the boy was determined to help his parents and he soon got a job as a messenger boy and factory worker and then a secretary and telegraph operator at the Pennsylvania Railroad.  Before long he became superintendent of the railroad’s western division.  He saved his money all along the way and invested in a steel mill that by the turn of the century became know as Carnegie Steel Company which he sold for $480 million.

Our Psalmist declares that God beholds us from his throne on his high and lifts the poor from the dust and makes us sit with princes.  And from this simple truth, I can declare with confidence that God watches you—He watches you—and he will lift you from the dust. He will help you make the right decisions.  He will whisper encouraging words to you when you are down.

Example #2—The Psalmist gives another example in case you still doubt That God beholds.  He tells us of a woman whose life is one of difficulty and shame.

Her home is silent without the pitter-patter of children’s feet.  She is barren—a curse for any woman of the ancient world.    But God beheld her daily sufferings and he stepped in and smiled upon her giving her joy and wonderful children to brighten her days. It’s another rags to riches intervention.

*Catherine 1 of Russia:  When I thought of this woman in our text my mind went to a modern example of such divine intervention.  In 1684 a little girl was born into a family of Lithuanian peasants.  The little girl’s parents who struggled daily each day with life died from the plague when the girl was only three.

Taken in by a local pastor she spent her days as a housemaid in Latvia.  When Russia conquered the city in 1702, the girl, now 18, was captured and taken to Moscow. She became a servant in a high-ranking government official and it was there that she met the Russian Emperor Peter the Great. She was illiterate and uneducated but she charmed the emperor and they married in 1712.  When he died in 1725, she became the first Russian empress.

She, like the woman in our text, went from despair to joy because God beholds—He follows our lives.  He knows of our failures and limitations.  But he longs to help.

In verse 5 we hear these words:  Who is like the Lord our God who is enthroned on high, who humbles himself to behold…

As you leave today to go home, remember this one truth:  God goes with you.  He follows your every movement and waits to hear from you.  Call upon him and watch him spring into action to lift you from the dust.